Unlike our journey to the Big Red Bash, which took two weeks, our journey back from Birdsville was completed in just three days. On the last full day of our return journey we stopped at the tiny town of Warra on the Warrego Highway for the night.  We have previously traveled the Roma to Dalby stretch of road many, many times, but this was the first time we had actually stopped at the township of Warra.

And I’m glad we did.

We pulled into the free camp at Richard Best Memorial Park next to the old railway station building. It was quite late, about 5:30pm, and as such there were a few caravans already set up in the small space behind the building.  I’m not sure if it is usually a busy free camp, or if it is just due to the mass exodus from Birdsville of thousands of Big Red Bash revelers, but we could see it would be a bit of a squeeze for two more big caravans to fit.  There was however a large clearing behind the Warra Hotel, and after first getting permission from the publican, we pulled up here for the night.

Being late in the evening and our last night on the road, we all decided to celebrate at the pub.

If you haven’t stopped by Warra Hotel before and you get a chance to we highly recommend it, you won’t be disappointed.  It is a fabulously old pub, built in 1906.  Inside the walls are filled with photographs of times gone by.  If you are interested in the history of the pub etc, ask to view the book of historical photographs – it is truly amazing the amount of history this contains and I wish I had taken more in at the time. 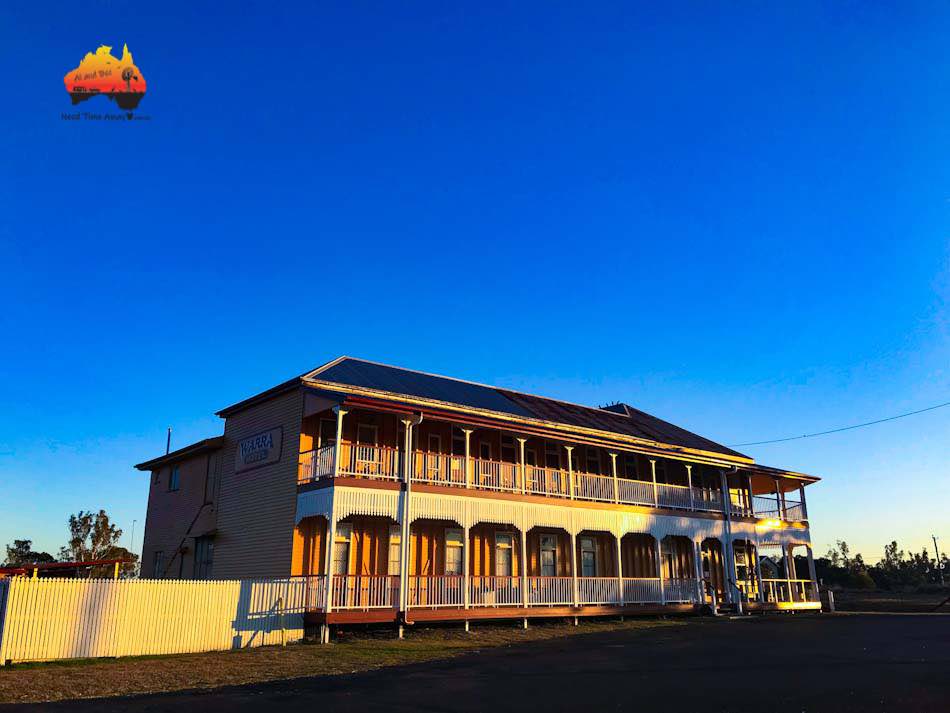 Warra was first settled in 1875 by Richard Best after an announcement of the extension of the Western railway line from Dalby, which opened two years later.  Best opened the first hotel, post office and store in Warra.  A school was opened in 1881.

Warra has seen several population influxes – railway workers in the late 1800s, farmers and miners in the early 1900s, and during World War II, soldiers. However in the 1960s commercial activity declined due to it’s proximity to Dalby, and the population decreased.

What to see in Warra

The Richard Best Memorial Park is the place to see Warra’s past.  There is the restored Warra Railway Station which now houses the Progress and Heritage Society Museum, I’m sure well worth a look (but unfortunately closed when we were there). 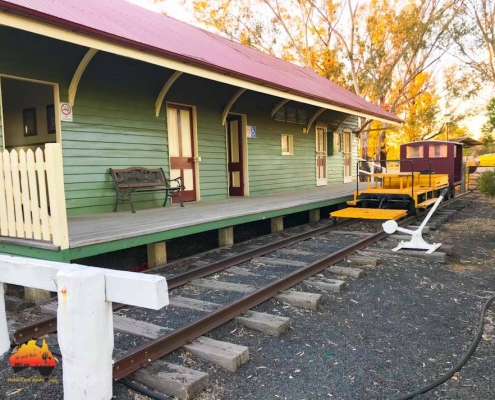 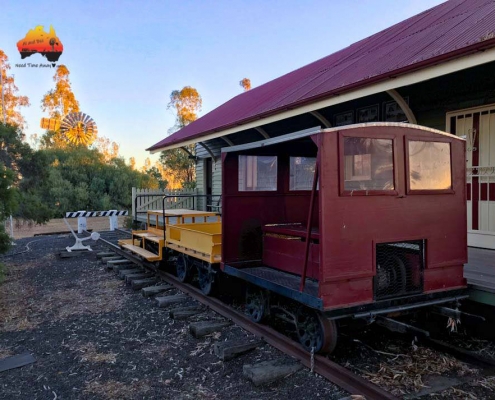 Also located here is the old Haystack School Building, utilised from 1910 to 1968. 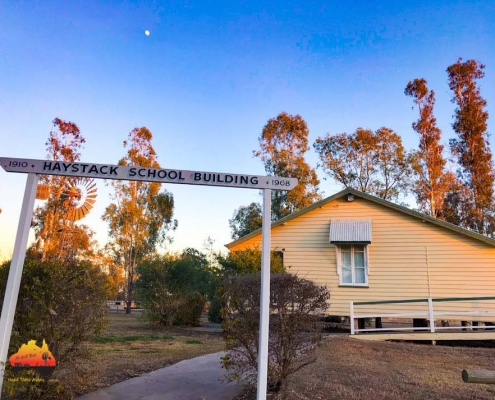 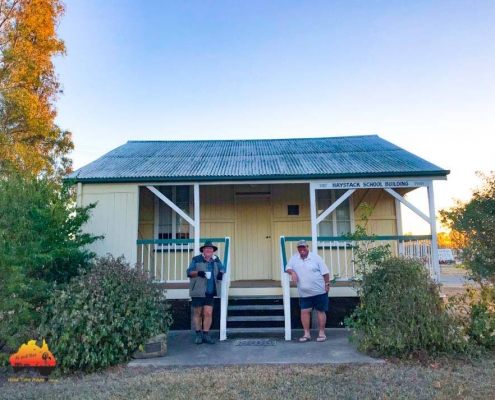 Commemorating Warra’s rural history, several pieces of machinery, including an old tractor, are also able to be viewed. 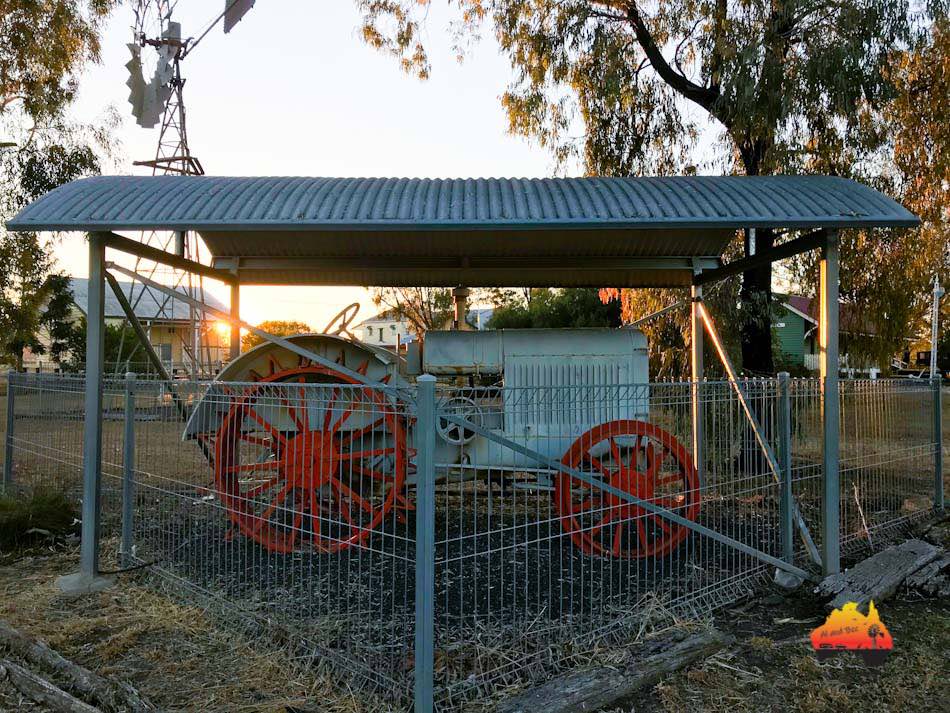 The “Welcome to Warra” log, sits front and centre as you arrive at the Memorial Park. After having to be rescued from flood waters on at least two previous occasions, it is now securely fastened down so it won’t float away again. The log sybolises Warra’s humor, pride and rebounding spirit, no matter the odds. 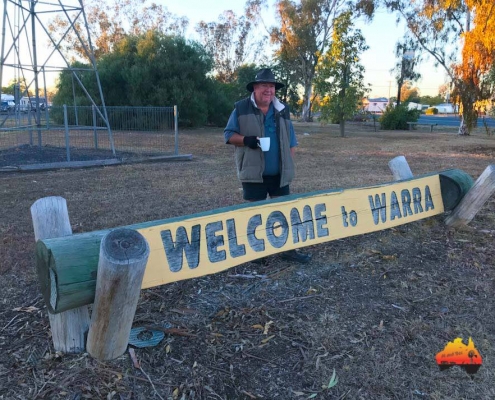 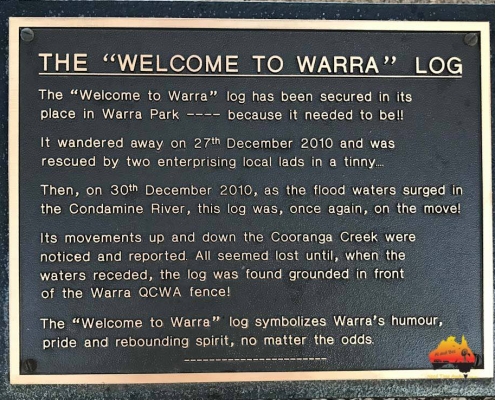 As mentioned previously, the Warra Hotel, right next to the park, was built in 1906 and is a great example of Queensland architecture. 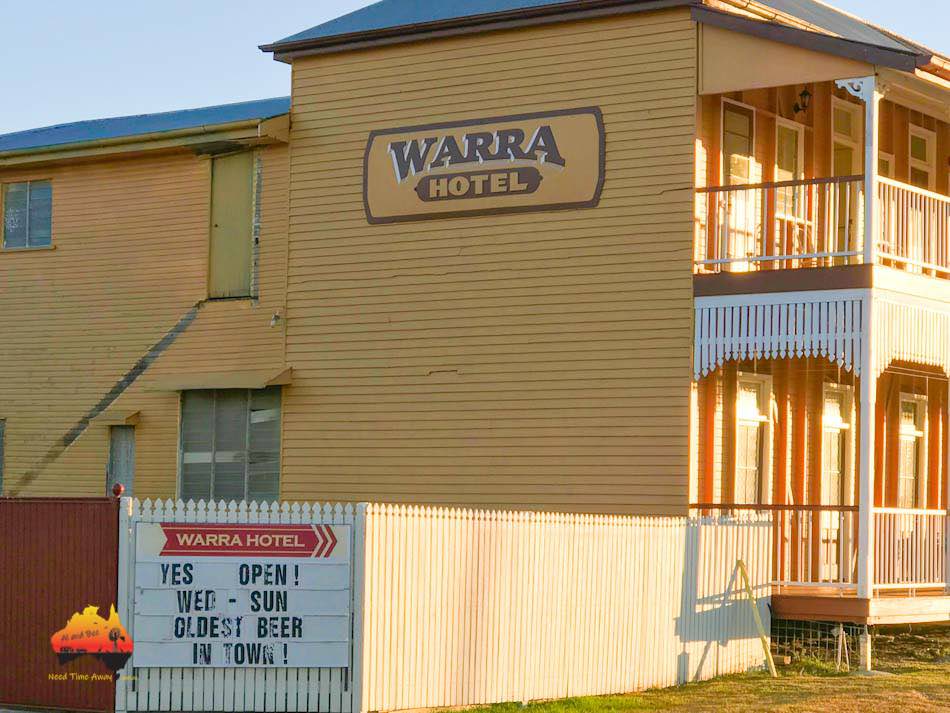 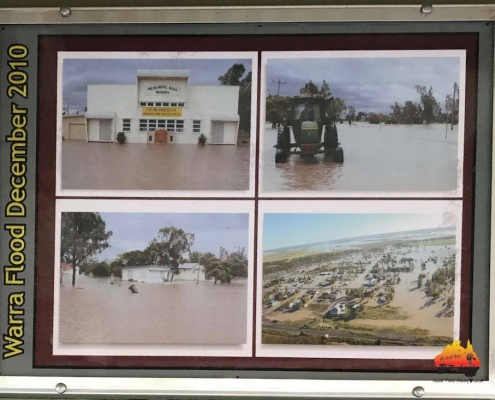 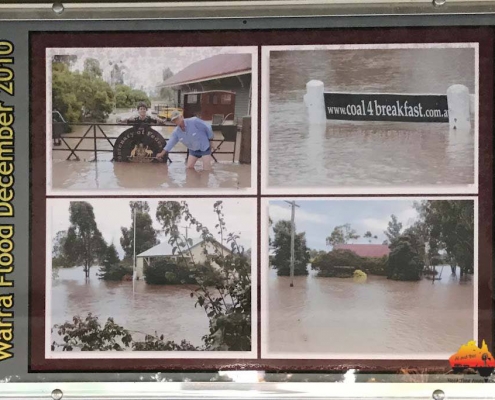 There are bins, drinking water and toilets located at the camp, and drinks are available at the Warra Hotel next door (note that the hotel is only open Wednesday to Sunday).  On the day we were there, the hotel wasn’t able to serve meals due to the cook being away.  It is suitable for RVs, camper trailers, caravans and big rigs.

Access: Everything from 2WD cars and up, provided you have your own sleeping quarters

Activities: History buffs (and pub buffs) will enjoy looking around Warra and taking in the history of the Hotel and surrounds

Innamincka to Birdsville via Cordillo Downs
Scroll to top