On our way out to the Big Red Bash we travelled along the Adventure Way from Cunnamulla through to Innamincka.  One of our overnight stops was the great little (big!) free camp on the banks of the Paroo River, known as the Eulo Town Hole, about 5 minutes west of Eulo and about 65km west of Cunnamulla.

This was a great stopover.  Never having travelled west along the Adventure Way it was really nice to see some new scenery.  We even saw a light aircraft land right next to the highway then turn and taxi up the driveway of a house!  Now that’s something that you don’t see everyday. And the Eulo Town Hole was a perfect place to recharge for the night and plan the next leg of our journey.

The Paroo River is part of the Eulo Springs Super-Group, comprising of a series of springs formed in the Great Artesian Basin (GAB).  One of 12 such super-groups in the GAB, the Eulo springs have very high conservation value due to the number of species of plants and animals endemic only in the GAB springs and no where else in the world.  The main threat to these species is water extraction through the sinking of thousands of bores right across the GAB, causing water pressure to decrease substantially.  This has resulted in some springs drying up completely.  The Eulo Springs Super-Group is one of the most severely affected, with half of its 61 spring complexes now completely inactive and a further 22 only partially active.  Water discharge in the Eulo springs is about a third compared to what it was in the early 1900s. 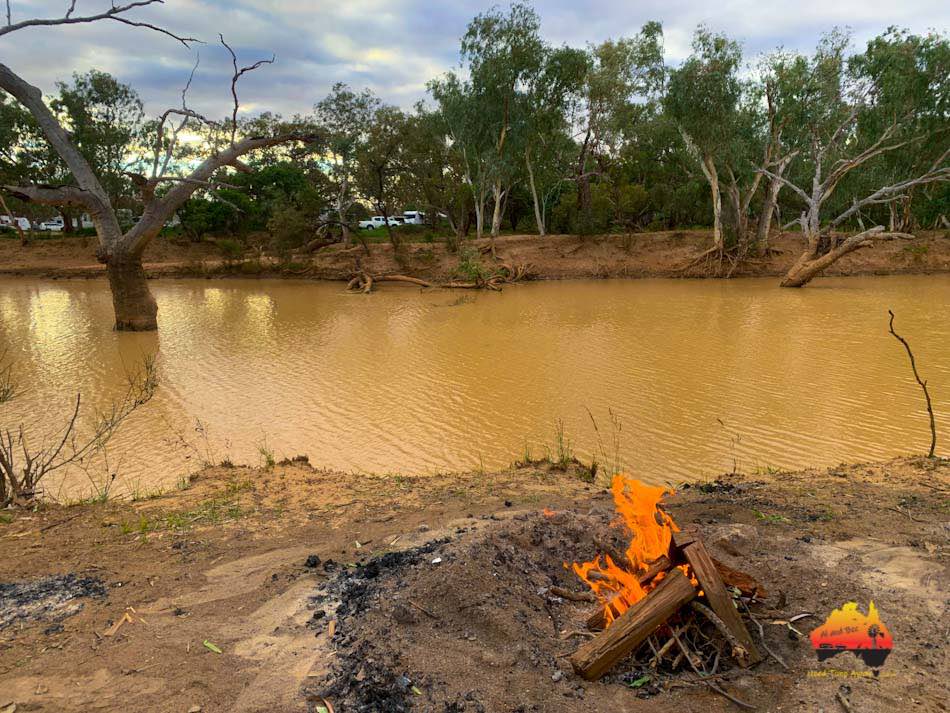 What to see in Eulo

Before leaving the area, we drove into Eulo for a look around.  While we didn’t get to experience the famous Artesian Mud Bath (next visit definitely), we did see some other interesting sites.

Historic Lizard Racing Track: Really, there is such a place!.  The first lizard race was held in Eulo in 1967, quickly becoming one of the first outback events that drew a crowd exceeding 5000 people!  Now no longer being held, it was the main feature of the Cunnamulla-Eulo “Festival of Opals” held annually in mid-August.  The lizard races ceased in 2000. 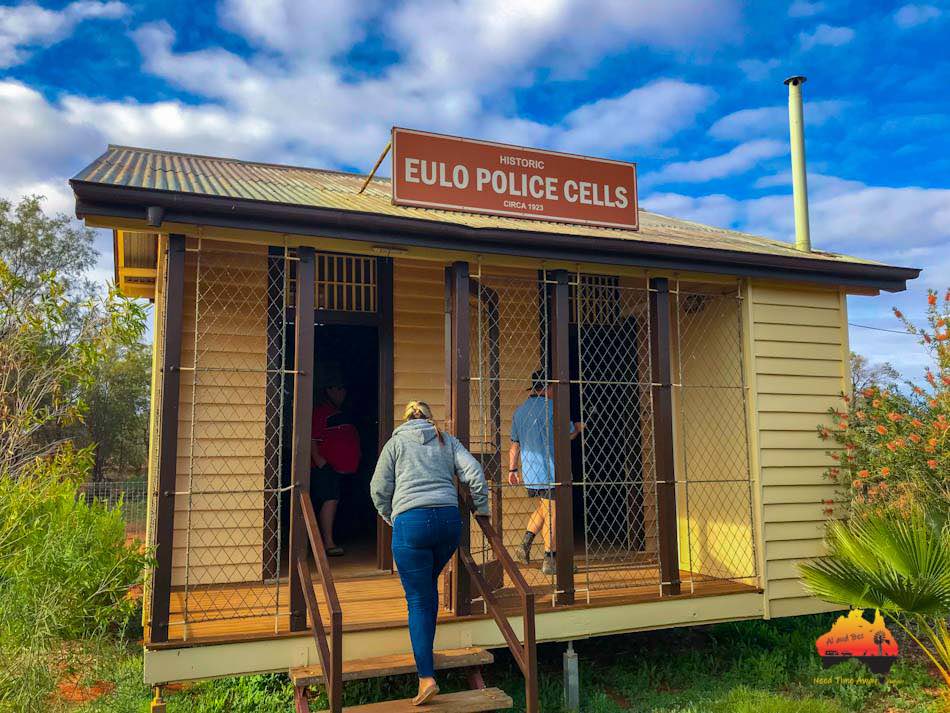 Historic Police Cell:  These cells were decommissioned due to not being compliant with modern “suicide watch” standards as required by Queensland Police.  They were giften to the Eulo community in 2014 by the Queensland Police Service and were relocated to the current site.  Visitors are able to walk through the old historic police cells, again in the vicinity of the old Lizard Racing Track.  The walls of the cells are lined with historical papers and photographs giving an insight into the life of a policeman (or indeed, a criminal) in times gone by. 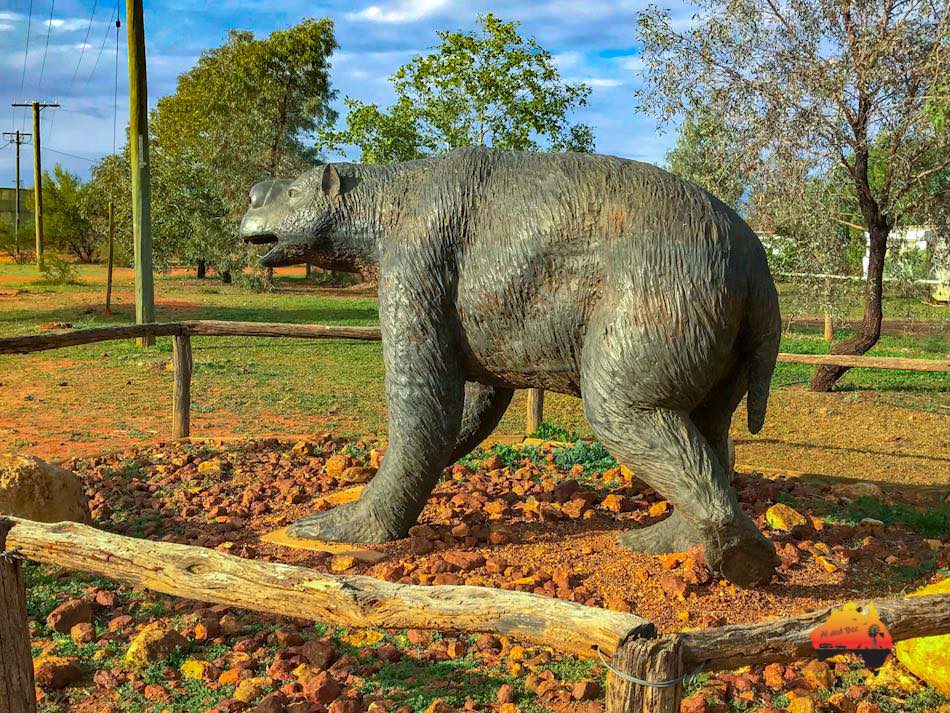 “Kenny”, the Diprotodon optimum:  In 2011, Eulo was the site of one of the most highly concentrated accumulations of megafauna fossils discovered, including a large Diprotodon, fondly nicknamed “Kenny”.  The Diprotodon was the largest known marsupial to roam the earth, living during the Pleistocene Epoch between 2.588 million and 30,000 years ago. Weighing as much as 2.8 tonne, this massive animal was a herbivore (amazing that an animal so large was not a meat eater!).  Modern day relatives are the wombat and koala. 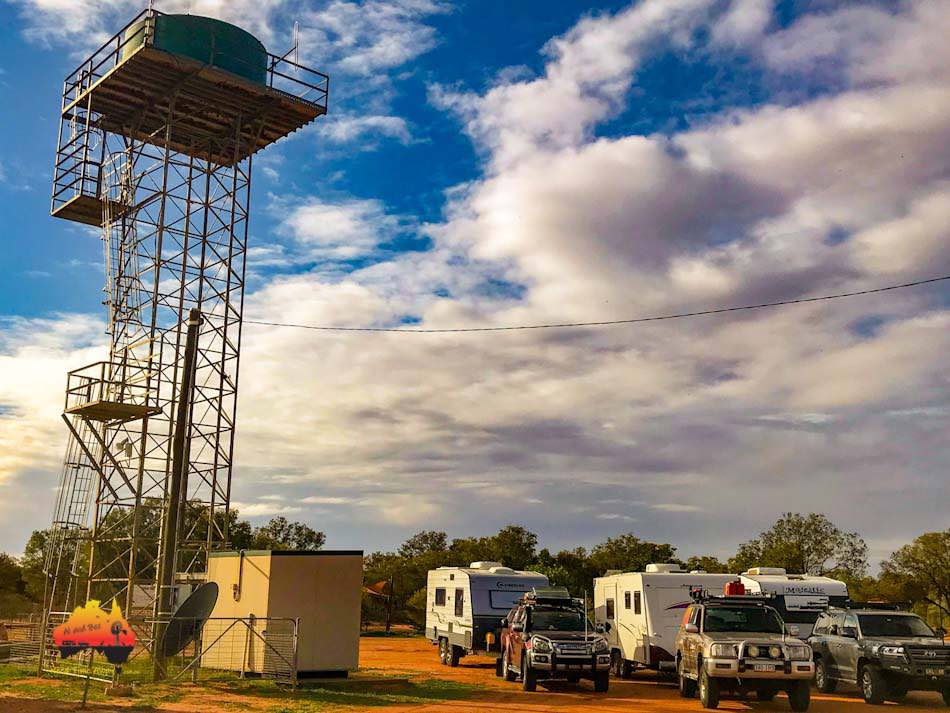 Eulo Bore: Drilled in 1966 to a depth of 223 metres and with a temperature 38 degrees, the Eulo Bore is still used today for the towns water supply.

Memorial to “Destructo”: At the site of the old Lizard Racing Track is a plaque for a champion racing cockroach that was accidentally killed at the track in 1980 after winning against the lizard “Wooden Head”.  While the absurdity of a cockroach racing a lizard is apparent, it does leave you wondering over what events took place on that day in 1980.

There is plenty of camping along the Paroo River banks east of Eulo.  Although there are no facilities such as toilets or water, campers are permitted to have a fire and there are bins on the southern side of the highway. There are also short walks around the area on both sides of the river for exploring.  For those that like fishing, Yellowbelly, Catfish and Yabbies are among the catches you may get.

Where: Paroo River, west of Eulo on Adventure Way 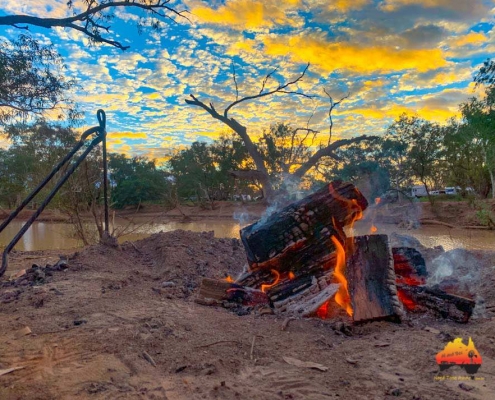 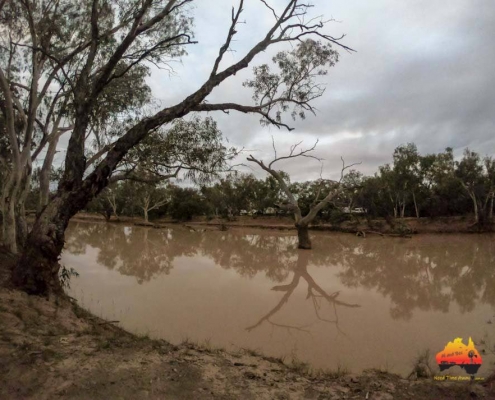 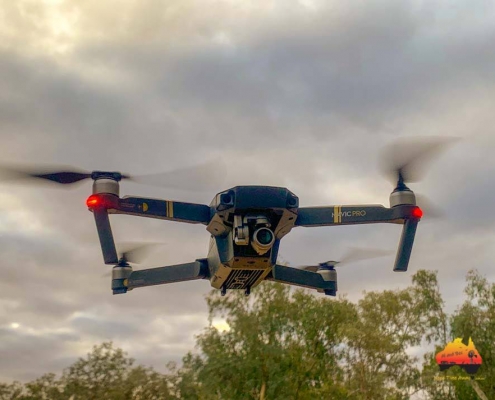 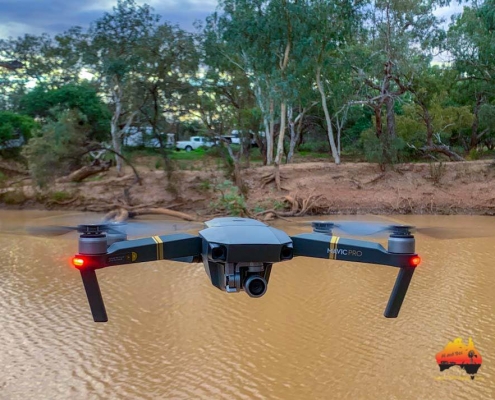 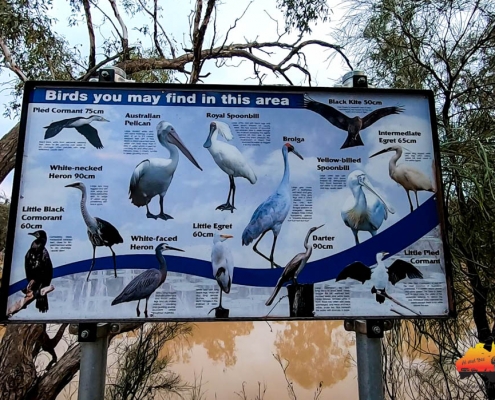 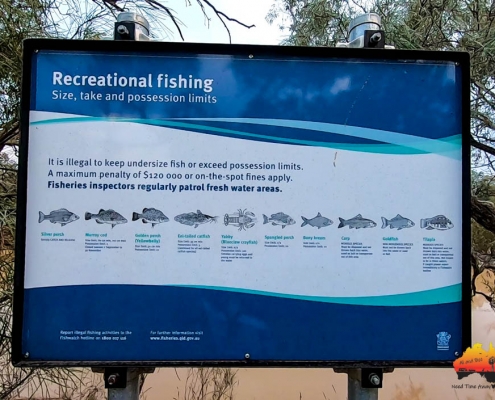 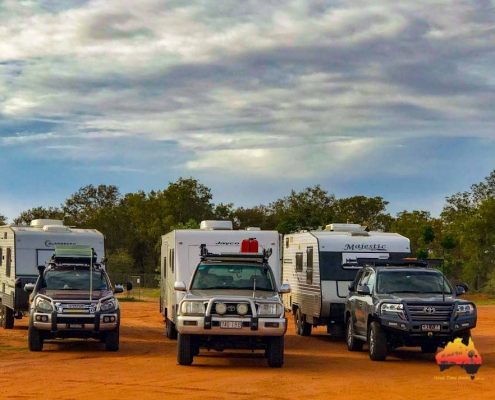 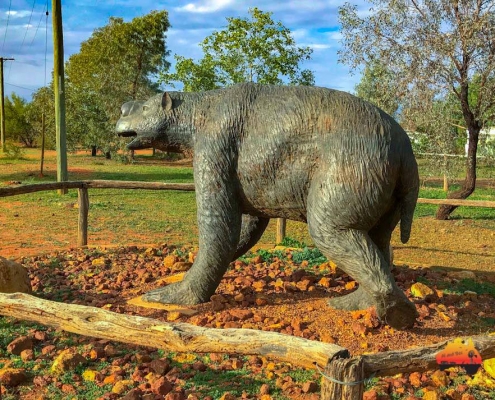 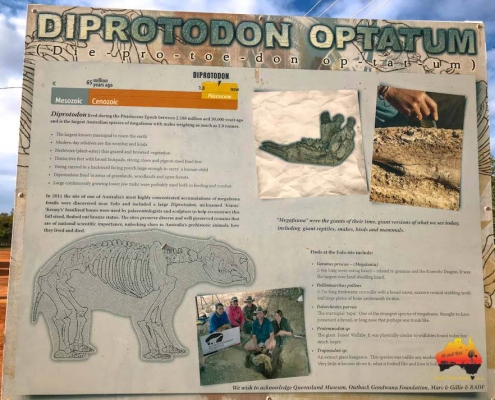 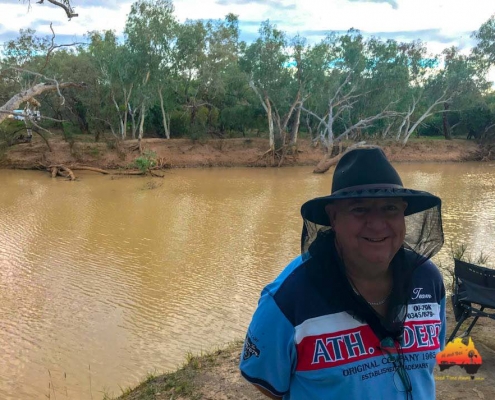