Note that this post was written before the Australian Government restricted travel due to the COVID-19 virus.

One of the problems of having a full time job is that time for camping is limited.

One of the problems of being married to someone that travels for their job is that you are in a constant state of envy.

So while I enjoy the drizzly and grey Sunshine Coast weather, Al is traveling up to Cairns (and ultimately on to Weipa) on his own.  It’s not all bad for me I guess – being at home has it’s perks, namely air conditioning, not having to worry about 12V/water supplies/dump points/gas refills, having a full sized fridge, and the bonus of having the pool and all the other modern amenities that living in a house has. I have to also admit that when home alone you also get control of the television remote 🙂

There are also the drawbacks that I’m sure you are all aware of, and that’s not having your partner there with you. I do know that Al feels the same and from what he has said, this is what he struggles with the most about his job.

So where is Al at the moment?

Al has just left the fantastic little village of Kurrimine Beach, located about 30 km south of Innisfail and about 100 km south-east of Cairns.  Originally named Murdering Point after the discovery of two bodies in 1878, it was renamed Kurrimine, from the Aboriginal word meaning sunrise, sometime in the postwar years.  In 1982 it was again renamed as Kurrimine Beach.

Maps were disabled by the visitor on this site. Click to open the map in a new window.

Well, can I tell you that if you are after somewhere that makes you feel that you are at a beautiful relaxing home away from home, then this is the place to be. Whether you have a caravan or it’s cabin accommodation you are after, Kurrimine Beach Holiday Park will be able to accommodate you.  This place has the most amazingly friendly staff (and the locals) that create the best atmosphere, you won’t want to leave!

I’ve been there once before on a previous trip, but this is definitely a favourite stop over for Al when he is going through the area. With full disclosure we have to admit that we have actually known Doc and Glenda (the owners) for years now as we first met them when they were base on the Sunshine Coast.  Doc and Glenda have been in the hospitality industry for as long as I can remember and totally understand how to look after their guests, whether they be on a weekend stay over, a day tripper, or a traveler that has been away from home for a long time.

If you ever get a chance to drop in for a stay, let Glenda and Doc know that we said “Hi”, then let us know how your stay was as we would love to hear what you think of the place.

So what does Kurrimine Beach Holiday Park have to offer?

What Kurrimine Beach Holiday Park offers most is peaceful relaxation.  It is a small park and as such the sense of community is there. It also has all the modern amenities of the larger parks and then some:

Did you know that Kurrimine Beach is one of the closest beaches to the Great Barrier Reef?  On certain days during low tide you can actually walk to the reef!

Other nearby attractions include national park walks, Paronella Park and plenty of fishing – the Park is only about 70m from the beach – they even have an annual fishing competition for the keen fisherman out there! 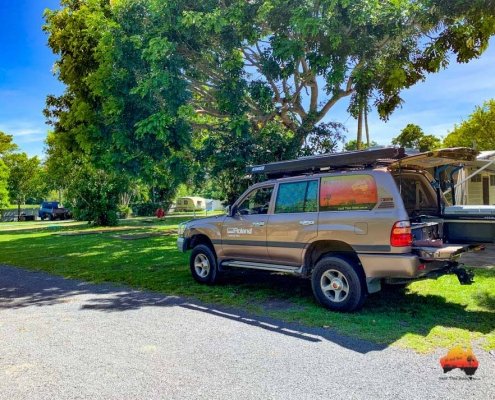 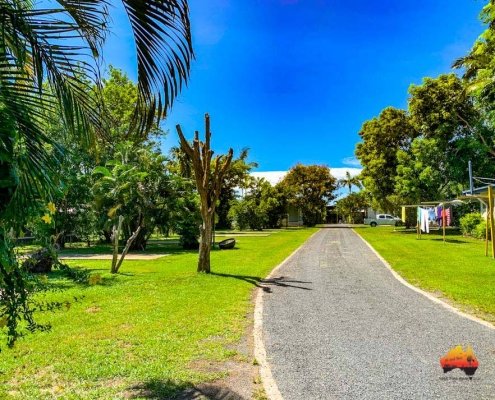 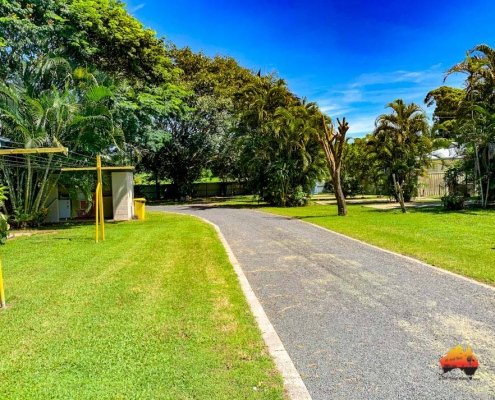 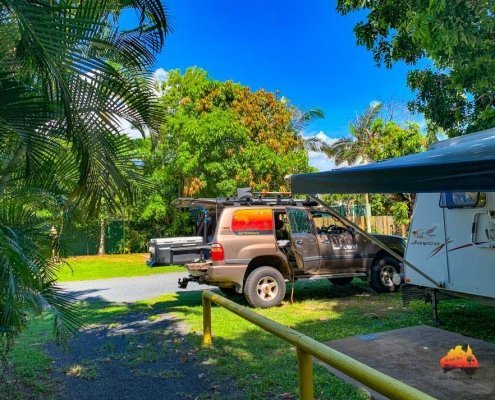