Our Landcruiser is our primary adventure and exploring vehicle, and when we are travelling there is nothing better than having a cold (-1 degrees) beer!  But what to do?  Our Waeco CFX50 fridge was primarily being used when travelling around for work in our VF Commodore.  To have the best of both worlds, it was looking very much like we would need another Waeco for dedicated use in the Landcruiser.

After much back and forth between models, we settled on the biggest of them all, the Waeco CFX95DZW.  Being 95 litres with dual zones and Wi-Fi monitoring, it would suit us for both short camping trips and day trips without the caravan, as well as extended travel as a back-up fridge/freezer. So with slight trepidation, we handed over the money and lifted it into the back of the Landcruiser on top of the Titan drawers.  And it fit…just! 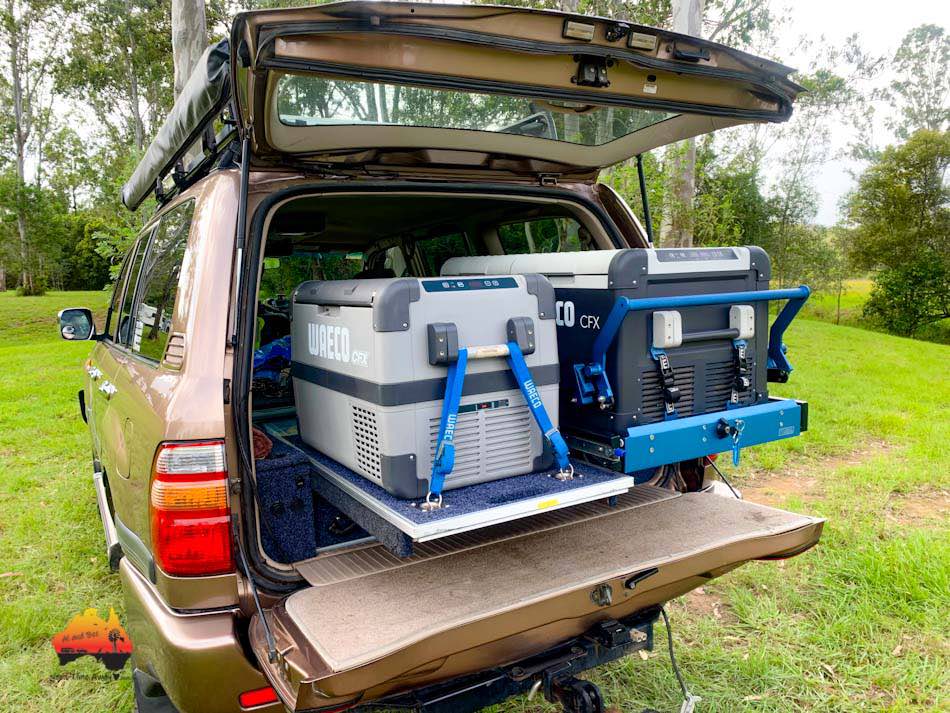 But now we were faced with the problem on how to access it.  It quickly became clear that the height of the fridge on top of the drawers would make accessing the contents way too difficult.  A drop-down slide seemed to be the only option.  Unfortunately Waeco only made a traditional fridge slide, so we had to look at other brands.

So down to Overland 4WD Centre in Maroochydore we went.  They recommended the MSA 95D Drop Slide for our Waeco, assuring us that it would be big enough to fit the fridge.  But Overland couldn’t guarantee that it would fit on top of the Titan drawers with the existing cargo barrier behind the back seats, or that we would be still be able to use the left-hand Titan fridge slide.  They were also unsure on where the positioning would need to be to safely close the back door of the Landcruiser. But, being the ever-resourceful travelers that we are, we decided to bite the bullet, buy the drop-slide, and make it fit one way or another.

The MSA Drop Slide was perfect:

How we solved it

Installing the MSA slide was easy.  Making sure that it stayed mounted to the somewhat flimsy Titan drawer top was harder.  With a combined empty weight of 59 kg, we needed to ensure when the fridge was full, that the fridge slide wouldn’t rip out of the thin wood of the drawers (which actually happened to us once!).  We also didn’t want to lose the ability to use the Titan drawer slide on the other side.

We solved this problem in two stages.

Stage 1: To allow us to use both fridge slides

The MSA fridge slide is quite wide and covered part of the Titan drawer slide.  In order to continue to be able to use the Titan drawer slide, we mounted the MSA slide in such a way that it was raised off the drawer top by approximately 16mm.  We used three different sizes of flat bar welded together which had the effect of distributing the weight of the slide.  We also relocated the mounting points so that they were not over the Titan fridge slide section.  Rather than having the mounting points evenly spaced, the front mounting point is at it’s correct position, but the middle mounting point has been moved towards the back to further support the weight when extended. This meant that the weight of the fully loaded fridge is supported in more of a counter-lever effect. 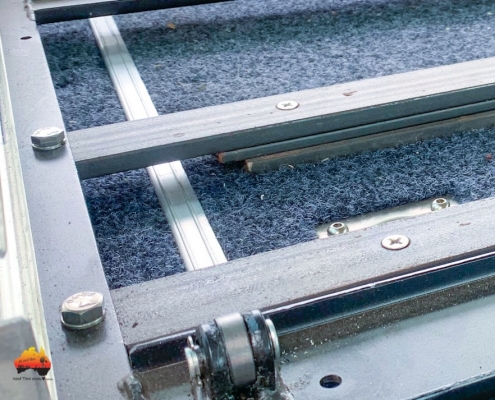 Have a look at our video to see just how we did it.

Stage 2: To strengthen the mounting points

Then, through much trial and error getting the fit just right, we loaded in the fridge and tested it out.

And it worked perfectly!

The only problem we encountered was some annoying rattles around the slide mechanism.  We tried mounting the fridge differently by moving it back or forward in the slide and tightening the bolts and fastenings. We still couldn’t identify where the rattle was coming from.  Nothing seemed to work. Then, following a particularly rough road, we worked it out.  A quick trip to Bunnings to purchase some rubber door stops, and the problem was fixed! 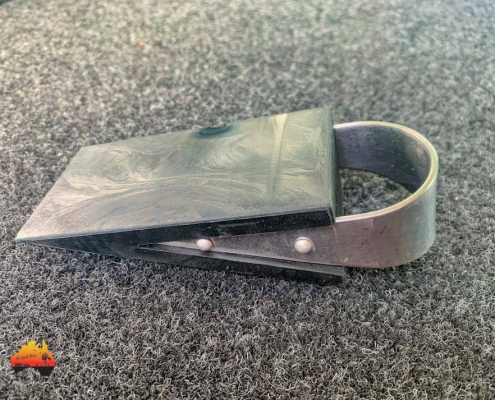 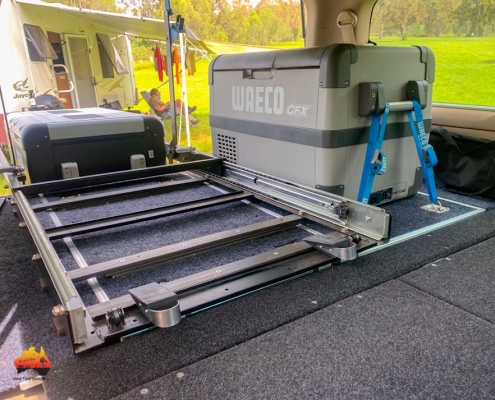 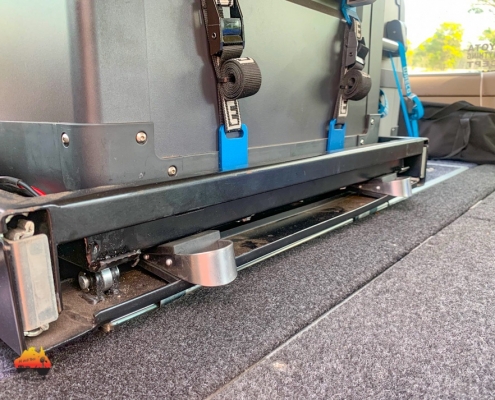 And now we can use two fridges in the back of the Landcruiser, both with -1 degrees beer! 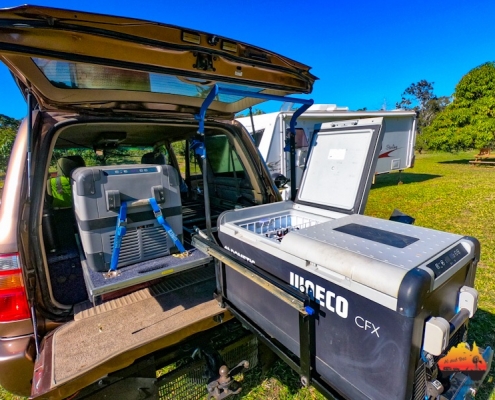 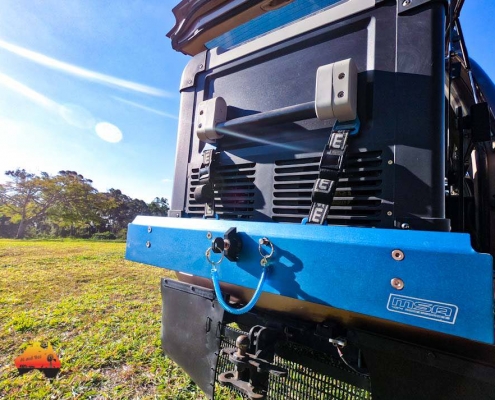 Setting up our Shingleback Vertical Bike Rack
Scroll to top