For those that have been following our adventures on social media, you will know that we recently purchased electric bikes as a Christmas present to ourselves.  It wasn’t a decision we make lightly (electric bikes are expensive!) however we really wanted to have the flexibility to get out and explore some of the areas that a car (or walking) just wouldn’t cut.  So, as proud owners of two new Merida electric mountain bikes, we were eager to try them out on some rough stuff.

And Dularcha National Park was the perfect place.  Gentle enough for us (extremely unfit) mountain bike novices, but rough enough to test out the ‘mountain bike’ capabilities.  Located about 90 km north of Brisbane, and about 15 minutes from the southern end of the Sunshine Coast, this is one place that I have always wanted to explore.  And I am so glad that we did.  It even has a deserted tunnel!

What to see in Dularcha National Park

Being fairly new to mountain bike riding, we decided to explore the Tunnel Track which goes from Landsborough to Mooloolah.  It is about 3km one way, so not an arduous distance (especially when on an electric bike).  There are other tracks within the Dularcha National Park, namely the Roses Circuit, but it traverses through the more hillier section of the park – we might have to work up our fitness levels a bit before tackling that one.  In addition to the tracks within the park, there is also a track from Dularcha to the nearby Ewan Maddock Dam – again, something for the future when we are able to cope with hills 🙂

In 1921 the first section of the park was gazetted a National Park.  This was to ensure that the steam train passengers travelling between Brisbane and Gympie had pleasant views of the forests.  And it is (was) definitely beautiful views.  The tunnel track winds through open eucalypt forest and rainforest areas.

Travel along the old Dularcha railway ceased in 1932 when the railway line was moved east to its present location.

In 2010 the Mooloolah Forest Reserve was added to the existing Dularcha National Park. 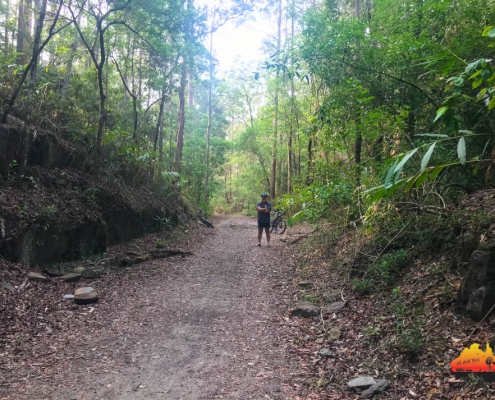 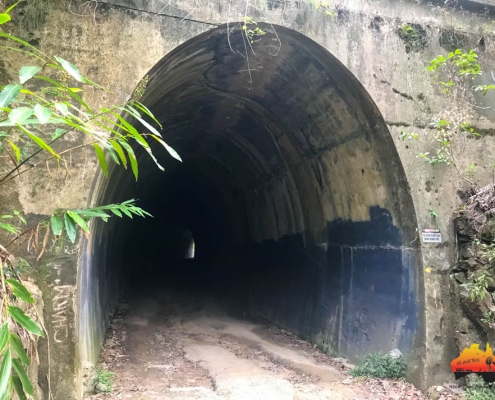 There is so much to see at Dularcha National Park.  You can walk, cycle, or horseback ride your way through the trails within the park.

The jewel of this park would have to be the heritage-listed railway tunnel, one of two built along the North Coast Line between Brisbane and Gympie. At 93.5 metres long, the curved tunnel provides for seasonal roosting of a variety of small bats, including the large-footed myotis (we didn’t see any when we were there, though we may not have been looking hard enough).  Aside from the spectacular tunnel, visitors to the park can enjoy many recreational trails through open Eucalyptus forest and riparian areas where flooded gum, cabbage tree palm, piccabeen palm and rainforest plants grow.

The Tunnel Track can be started at either the Landsborough or the Mooloolah end.  We started from the Landsborough end at the carpark in Beech Road.  It was a pleasant, gentle ride of approximately 2 km to the tunnel, then a further 1 km to the Mooloolah end of the park.  The track was a bit rough, I wouldn’t be taking a normal road bike along it, but I’m happy to say that the Merida e-bikes just lapped it up.  I was impressed.

And the tunnel was truly a sight.  To see the old concrete structure being slowly taken over by the forest is amazing.  You can just imagine what it would have looked like a century ago and what those early travellers thought of the area. 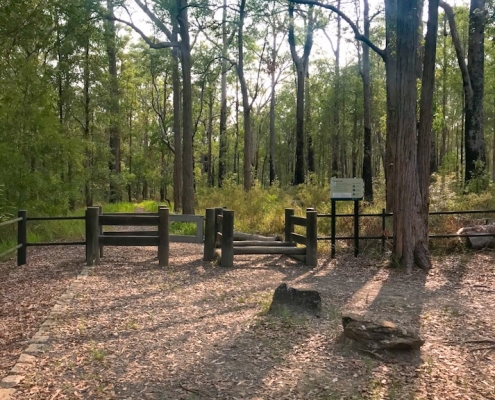 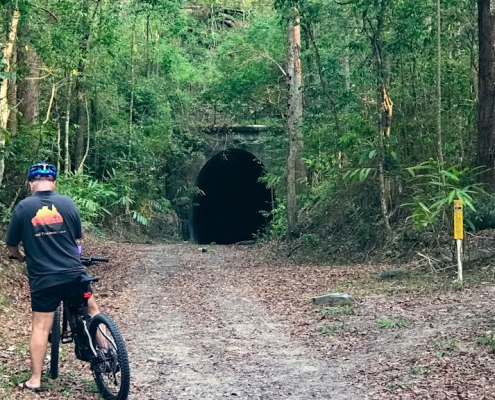 While there is no camping in the park, being in close proximity to the Sunshine Coast and Brisbane provides ample accommodation options. 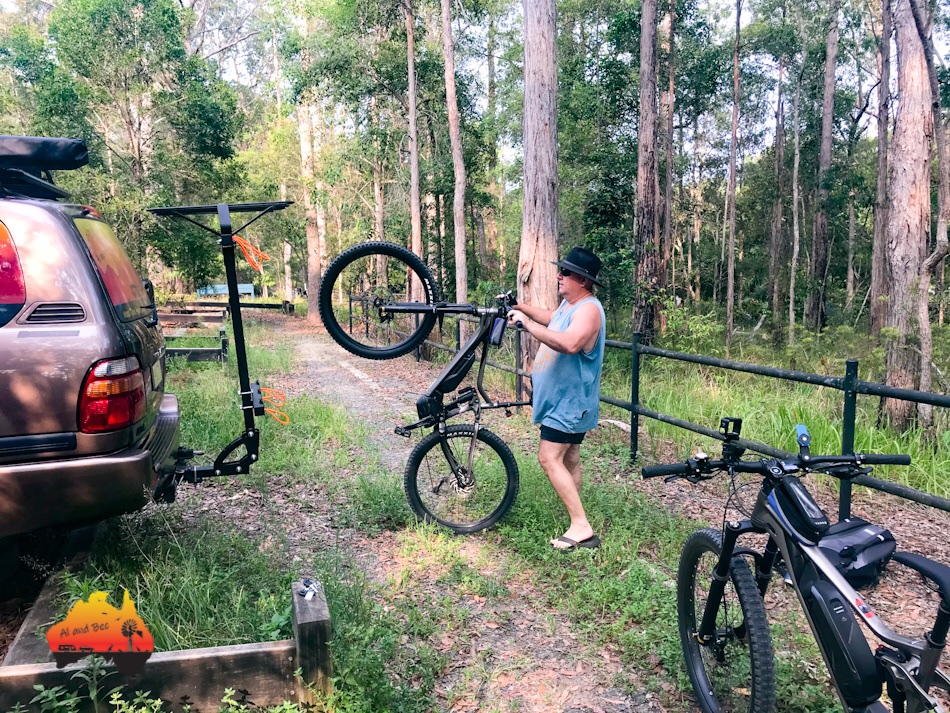 For further information, check out the Queensland Government website. 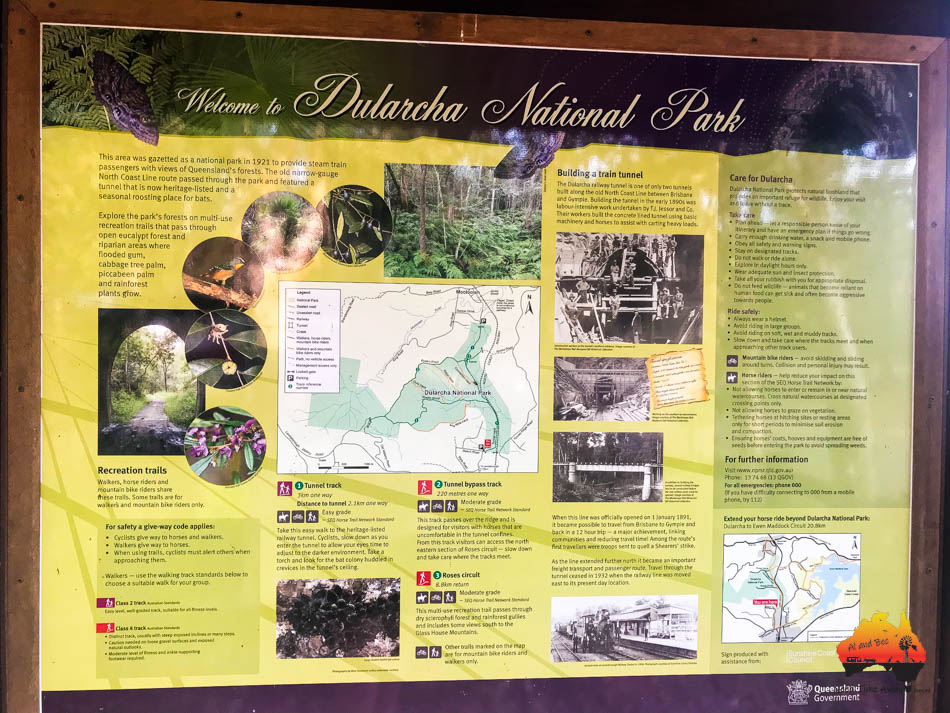