On our travels westward towards Innamincka we were fortunate to be able to stop over at the Dig Tree Reserve located on the banks of Cooper Creek for the night.  The landscape around the Dig Tree was surprisingly in stark contrast to the red earth that we had been driving through since Thargomindah… it was very ethereal and unworldly, with almost white sand and riverside shrubs and trees. It was like stepping into another dimension.  The history and the significance of the location only added to the aura of mystery about the place. 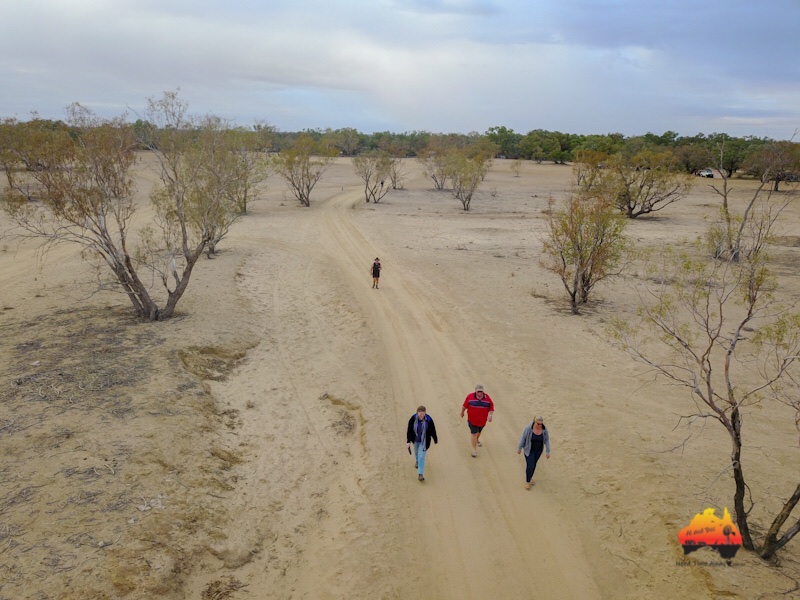 So what is the Burke and Wills Dig Tree?

For those of us whose recollection of Australian history is a bit vague, the “Dig Tree” is arguable the most famous Coolibah tree (Eucalyptus microtheca) in Australian history.  It is associated with the famous explorers Robert O’Hara Burke and William John Wills and their ill-fated attempt to traverse Australia from south to north. The Dig Tree site marks the establishment of Camp LXV (65), a depot for the party as they traveled northward. It was at this location that the expedition party was split into two. Burke, Wills, Charles Gray and John King traveled north, while William Brahe and his party remained at camp with instructions to wait three months before returning south.

After waiting four months and with no sign of Burke’s party returning, Brahe and his men started on their journey south, leaving a message carved into the tree pointing to a hidden cache of supplies for Burke’s party should they returned. In one of the most renown cases of misfortune in Australian history, Burke and Wills, along with King, returned some nine hours later (Gray had died during the return trip to Camp). 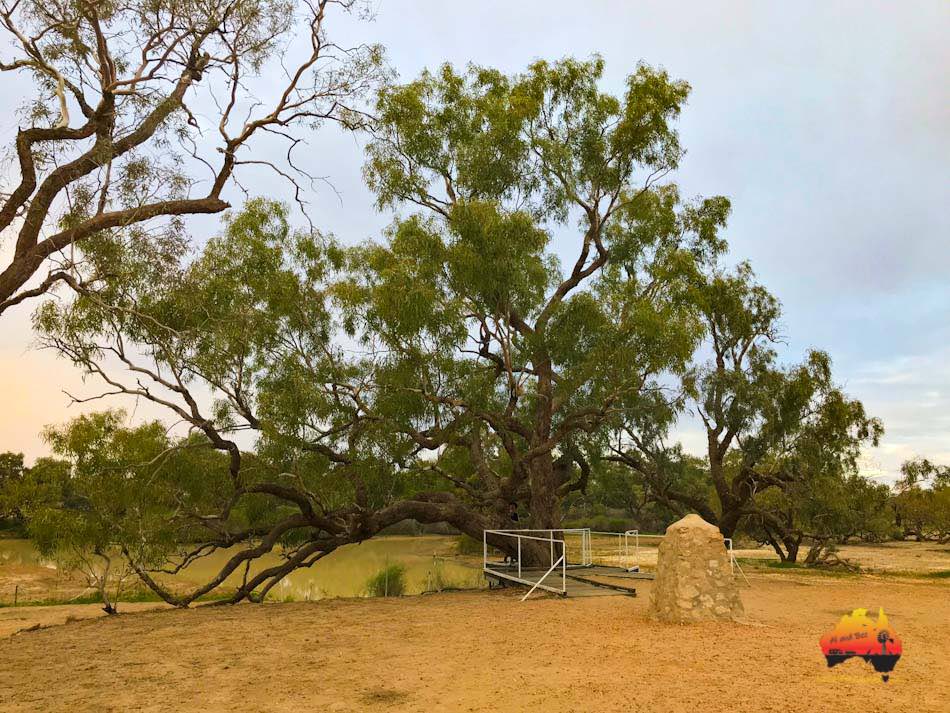 The location of the Dig Tree

The Dig Tree is located approximately 325 km west of Thargomindah and about 116 km east of Innamincka, along the Innamincka Road. Realising the historical significance of the site, the area around the Dig Tree was proclaimed a memorial reserve by the Queensland Government in 1964 and placed in the trusteeship of the Royal Historical Society of Queensland. It was heritage listed in 2003.

There are three significant trees located on the site.

The “Dig Tree“, thought to be about 200-250 years old, is reported to originally have three carvings on it. Much of the lettering is now obscured by bark growth.

The so-called “Face Tree” is located on the same reserve as the Dig Tree, about 30 metres downstream, and portrays the face of Robert O’Hara Burke with the letters “ROHB”. It is thought to have been carved in 1898 by John Dick. Another carving on the Face Tree, “JD.GD 21.11.98”, which would seem to support this, is no longer visible. 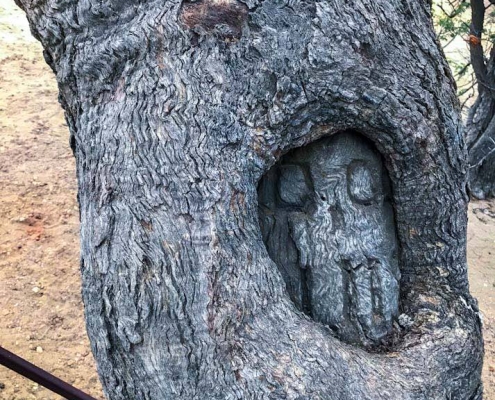 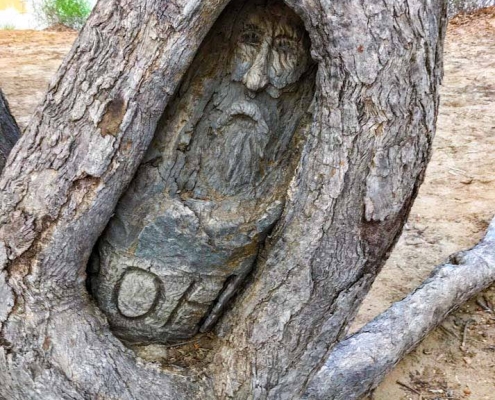 There is a third significant tree on the site, the “Brahe’s Tree“, however we did not see this one during our visit. Although once displaying a carving, this is reportedly now no longer visible.

A boardwalk has been constructed around the Dig Tree and Face Tree to prevent the ground from being compacted by visitors. 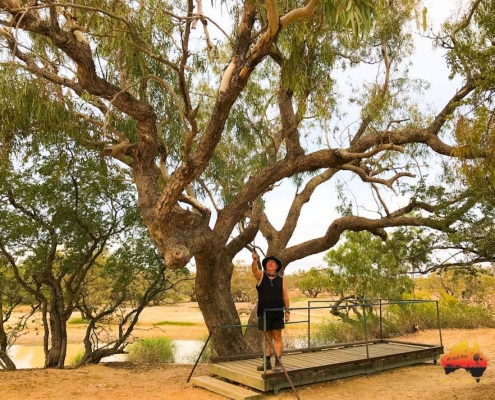 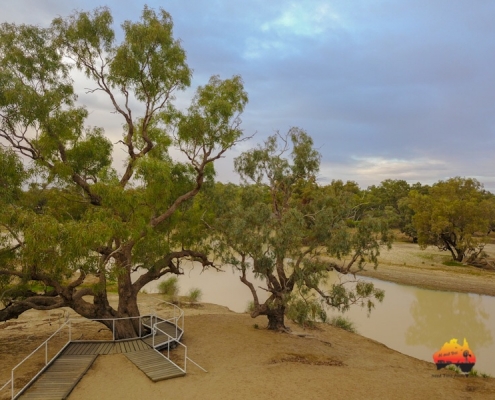 The information hut onsite has a great deal of information about the history of the trees and their significance in the ‘Burke and Wills’ timeline.  There has been much debate over the years about which trees held the particular carving that led Burke and Wills to the cache of supplies buried in the Camp.  Perhaps we will never know the full story, however the interpretive panels onsite do provide some clues and much to ponder. 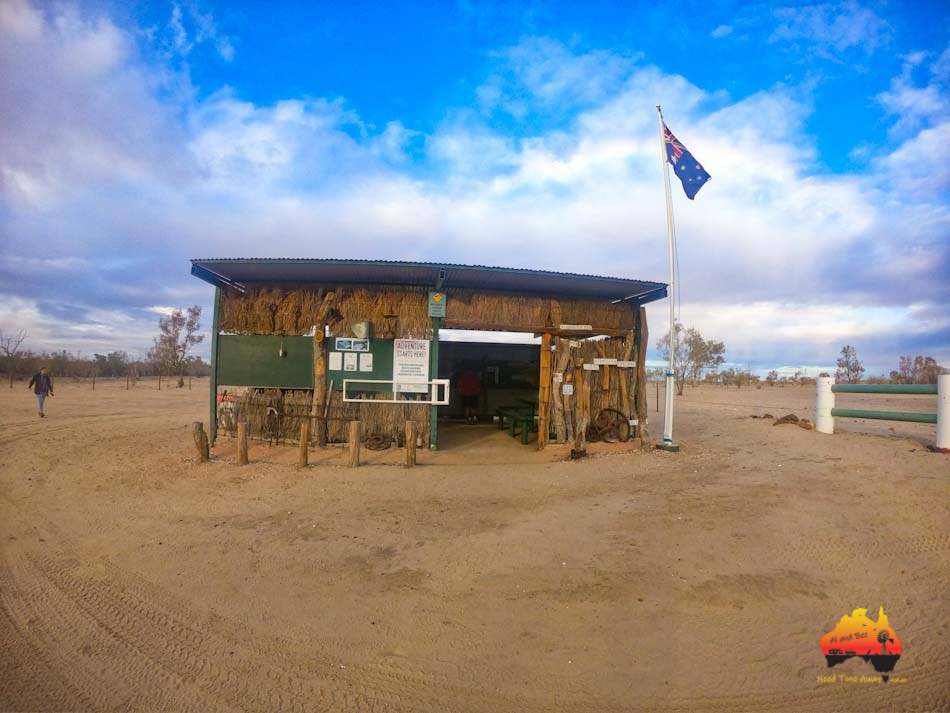 Facilities at the Burke and Wills Dig Tree

Access: Car, 4WD, tents, camper trailer, caravan (note that the road from Innamincka Road to the Dig Tree was quite corrugated when we were there) 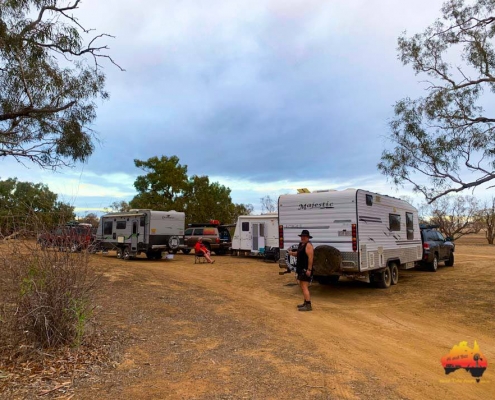 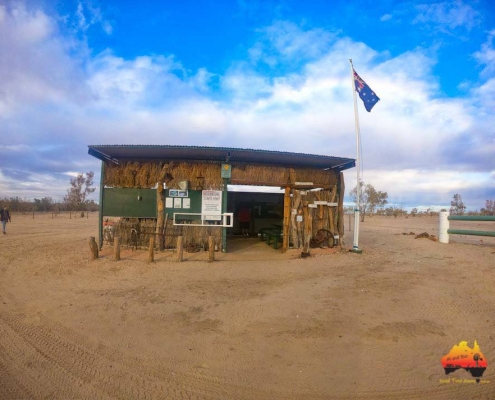 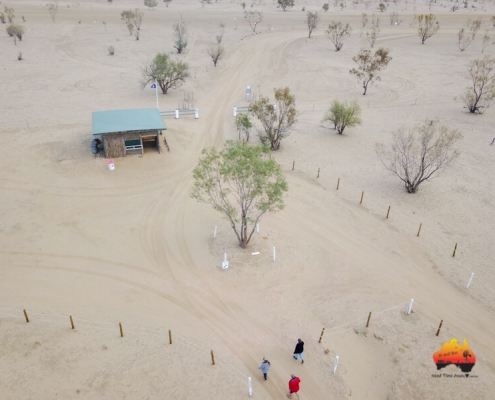 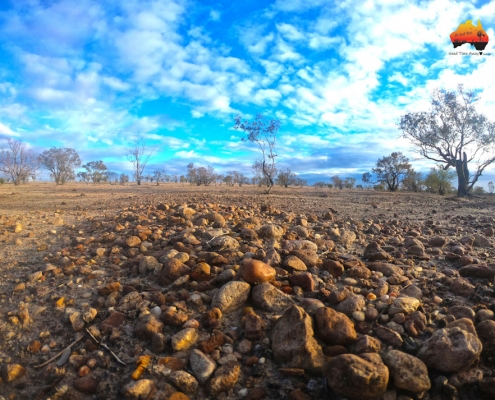 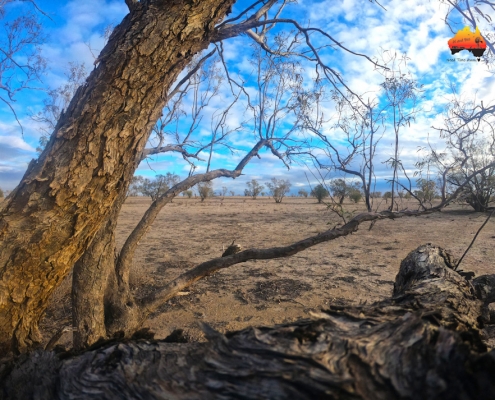 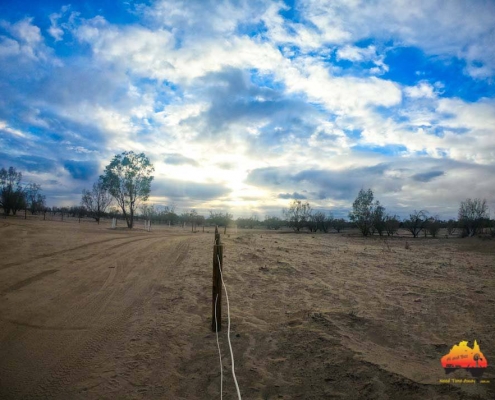 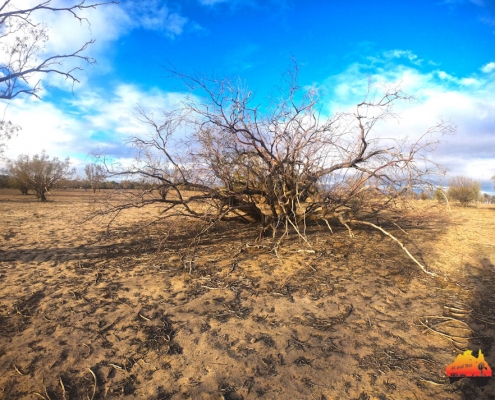 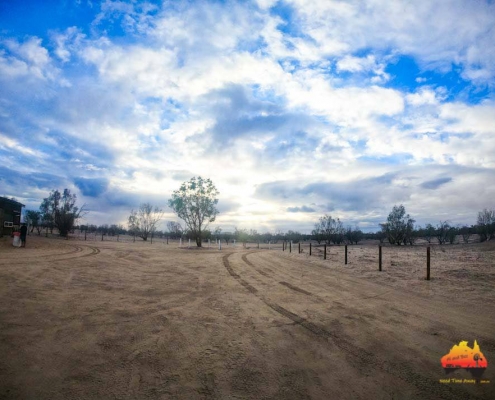 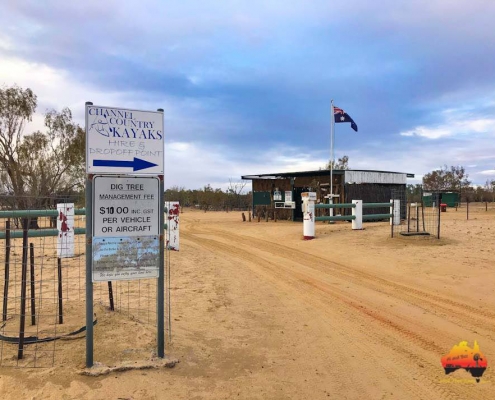 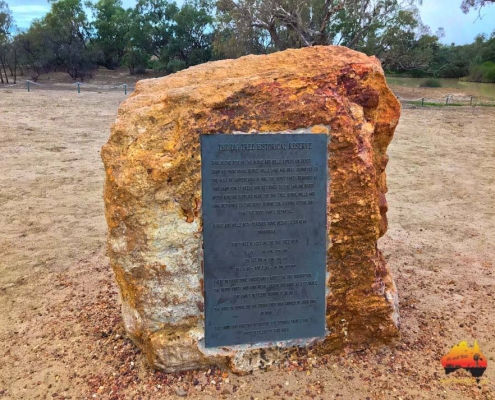 An overnight stop at Warra, Queensland
Scroll to top