Using an Isuzu NPS 4×4 truck, we started towing our new 4.5T Spinifex caravan with the Shocker Hitch as the AirSafe hitch, which was recommended by our caravan manufacturer, was out of stock at the time.  During the time using the Shocker Hitch, we didn’t notice any problems at all, and it performed the job extremely well.

Fast-forward three months – we now have the AirSafe hitch on the back of the truck. First impressions WOW, it is HEAVY – not sure of the exact weight difference to the Shocker Hitch, but I would say it is considerably heavier.

The jury is still out as to whether it is worth the extra dollars (more than double the price), but we love it because it extends the hitch a bit further from the truck allowing us to have a tighter turning circle (which I’m sure will not be the case for all, and for some may even be detrimental).  With the Shocker Hitch, we were in danger of hitting the stone guard on the drawbar of the caravan when manoeuvring some tight turns, but the AirSafe hitch makes turning easier (and safer) in our case. It also seems to produce a much smoother ride.

For now, we are pretty happy with the AirSafe hitch. Time will tell if it is better that the Shocker Hitch, but so far happy with it. 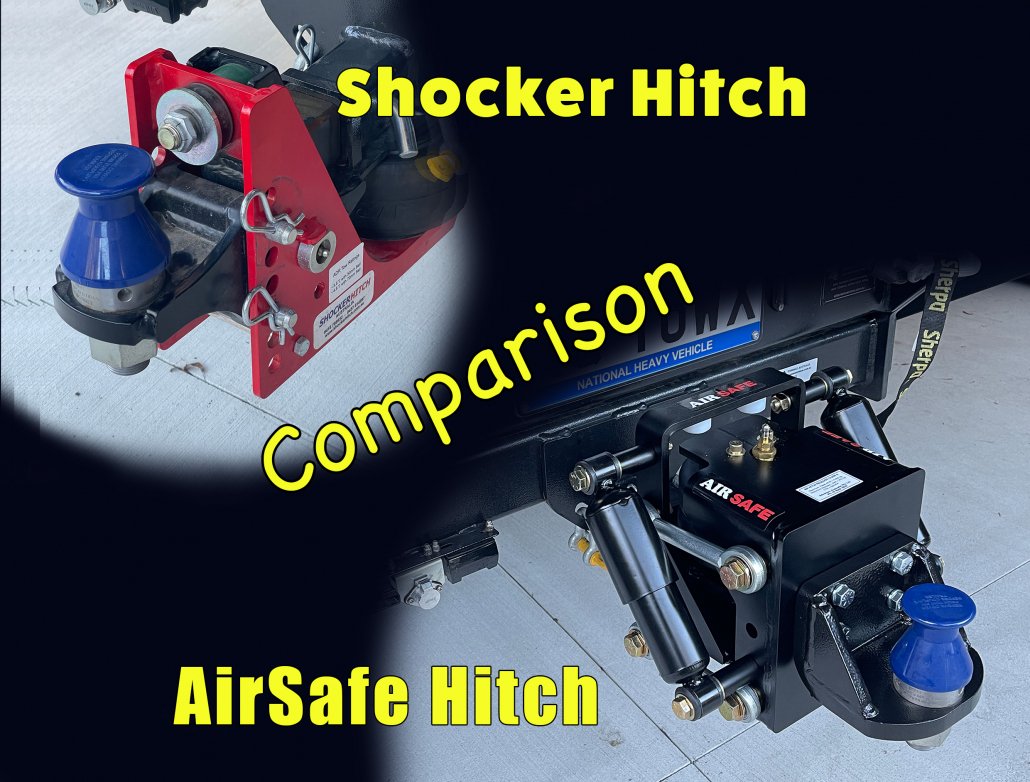 Why did we have to choose between Airsafe and Shocker Hitch?

Towing……. Well, we’ve been doing it for years. Caravans, car trailers, boats, everything you could think of right down to your basic box trailer.  I must admit I thought I had a pretty good idea of what was available with most hitches and weight distribution setups.  That was until we bought our new Spinifex caravan (at 4.5t GVM) and Mark, from Spinifex, asked us what we would be towing the new caravan with.

When I told him we’d be using our newly built Isuzu NPS 4×4 truck he informed us we’d need to get either a Shocker Hitch or an AirSafe hitch for the truck.

When we spoke more about it, Mark explained that due to the harsh ridged suspension of the truck, most of the force from the road conditions would be transferred from the truck to the caravan via the drawbar, which can cause damage to the caravan. This made a world of sense.

As for which hitch Spinifex recommends, it was definitely the AirSafe hitch hands down.  So going with this advice I ordered one (which due to COVID, the backorder on these was extensive).

With the amount we had just spent building the truck and the caravan, we wanted to protect our investment as much as we could. So, in the interim, we were able to get our hands on a Shocker Hitch so we could still use the caravan until the AirSafe hitch became available.

In the time we were using the Shocker Hitch we found it to be an awesome system and performed as advertised and described. I must admit we were wondering if we really needed to wait for the AirSafe hitch to arrive, especially with the considerable price difference between the two.

But, we decided to go ahead and wait for the AirSafe hitch to come back in stock – we could always sell it second-hand if we didn’t like it.

When it arrived, I was surprised at how much heavier it was compared to the Shocker Hitch. And I mean, considerably heavier – at least double the weight. It was quite a mission to swap the two hitches over, for a whole host of reasons.

However, once the AirSafe hitch was set up on the truck (correct tow height and correct air pressure) it was noticeable how much it reduced the amount of jarring whilst travelling on dirt and rough roads. We could see it working when watching the hitch through the onboard camera system we have set up (we have always run a camera looking at the hitch for safety and also to assist when hitching up as I often do it on my own). 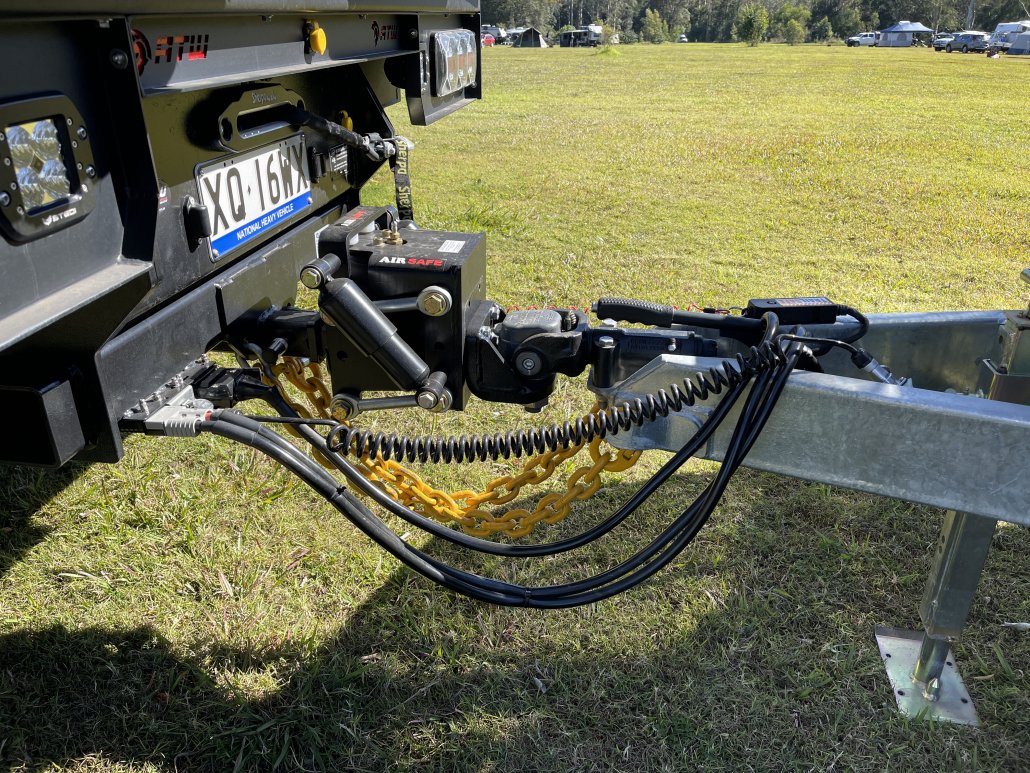 What do we think – AirSafe or Shocker hitch?

So, in review, what do I think of the two? Well, I have only used the Shocker Hitch for three or so months and the Airsafe hitch for a couple of trips. But in that short time, I have to say that I’ve noticed the difference between the two. Whether an actual or psychological difference, knowing the price difference between the two, it seems to me that the AirSafe hitch is much smoother in its operation, and visual monitoring on the camera shows that it absorbs more of the ride. Knowing what I know now, I would certainly go for the Airsafe hitch over the Shocker Hitch (but that’s mainly because it works really well and it suits our needs and set up better). That being said, the Shocker Hitch is a great unit as well.

If I had any downsides with either of them it would have to be that due to our setup. Our D-shackles for the safety chains had started to rub against the airbag on the Shocker Hitch. Eventually, it would have worn through creating a hole in the side of the airbag. This was not noticeable until I removed the Shocker Hitch to swap them over. Note that this is more a setup issue not a manufacturing issue on the part of the manufacturer themselves. 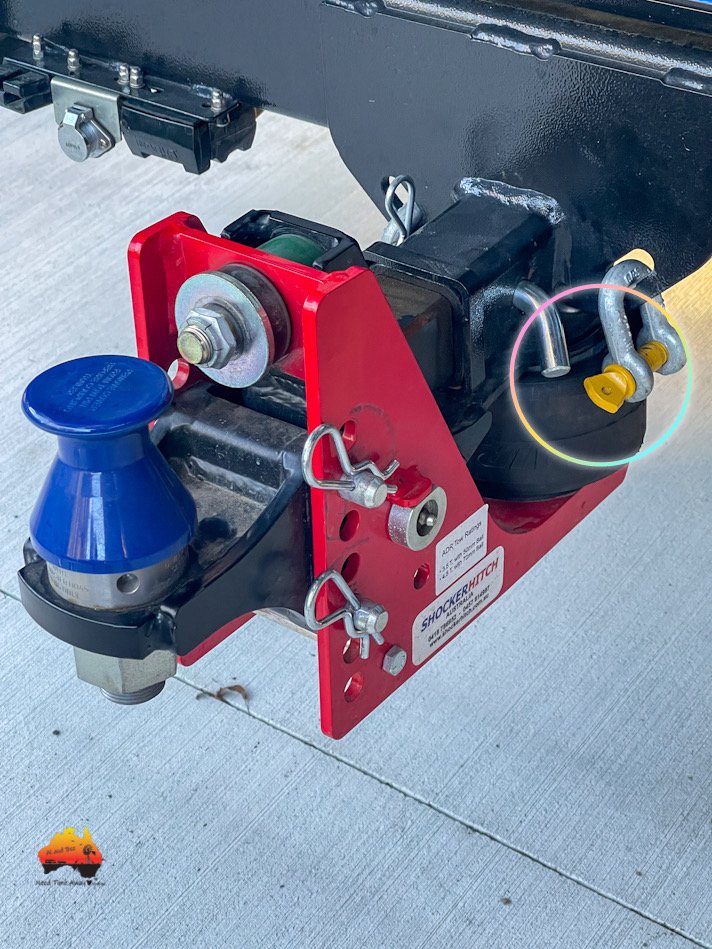 In addition, if you have spent this much on a hitch, consider using a hitch lock as we have. It would be too easy for someone to pinch your expensive air hitch when you weren’t looking. 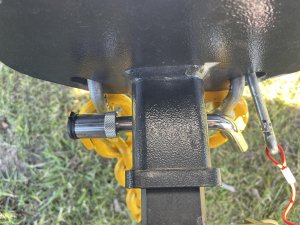 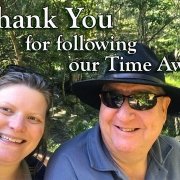